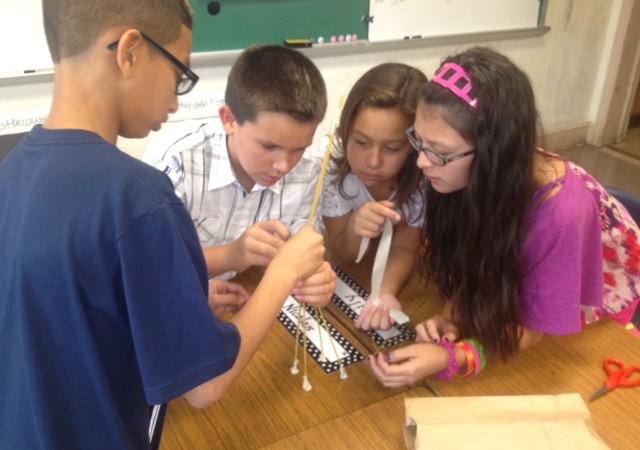 “Peter Skillman, at the TED 2010 talk, introduced a design exercise called the Marshmallow Challenge. Its goal was simple: in eighteen minutes, teams of four must build the tallest freestanding structure out of 20 sticks of spaghetti, one yard of tape, one yard of string, and one marshmallow. The marshmallow had to be on top. Though the task seems simple, it’s actually pretty hard. It forces people to collaborate quickly.”
I decided to ask my new 6th grade students to work in teams to complete this challenge. I realized very quickly that students from every different background, academic diversity and socio-economic group worked cooperatively to achieve a common goal. It built a sense of unity right away and made them realize that working together and listening to each other would get them further throughout the academic year.