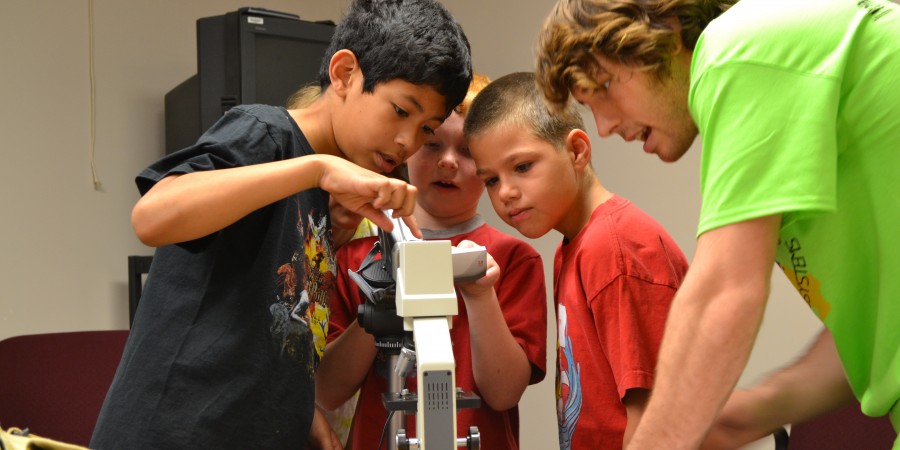 In our ShowMe Nature Program, fourth and fifth grade students from Columbia schools come to the University of Missouri to pursue research expeditions with graduate student scientists. Here, ecologist James Franklin guides a group of young detectives in exploring the microscopic life on a blade of moss. Together, they investigate a claim of “bears” prowling in a university garden! Students discovered tiny “water bears” or tardigrades in the moss! They wrote an “evidence report” for the campus police, explaining that while “bears indeed were at large” the bears were not “so large” as to pose a threat. This is great teaching because it inspires students to become scientists for an afternoon or perhaps a lifetime.