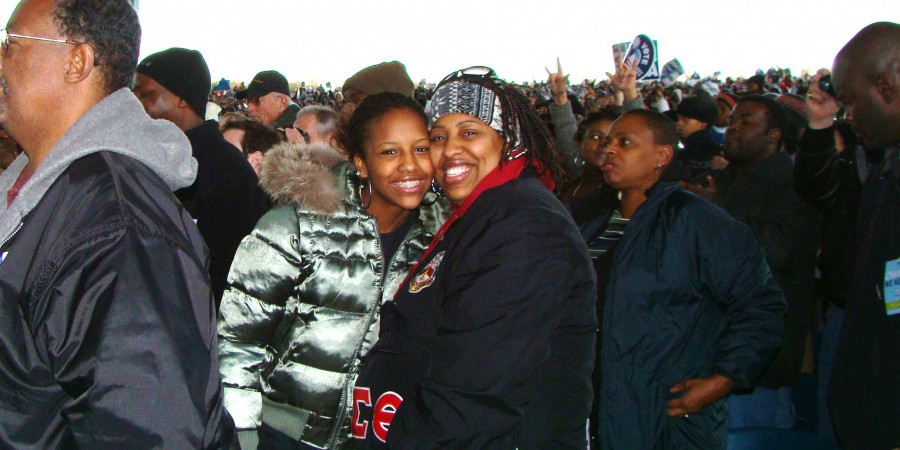 I am a proud product of a public school education. Technically, my FIRST teacher was my mom. She found a way to make EVERY moment a teachable moment. We played the “change game” when I was only 7 years old–she would pretend to buy things, I would total it up and she would pay. I had to give her back the proper change just like you would in the store. We played this game so much, when I got my first job selling Dippin’ Dots at the baseball park, I was the only cashier who could properly give change without using the amount tended key. My mom also teaches by example. Though only 14 in this photo, my mother wanted to instill the importance of politics by involving me in the Obama campaign (during his first term of service). In fact, we are braving the cold weather in this picture awaiting President Obama’s speech in Virginia Beach, Virginia. It allowed me to see, firsthand, how elected officials can and do make a difference in my life. Though I was not eligible to vote, it allowed me to make a more informed decision when I became eligible to vote (I turned 18 this past July and voted for the FIRST TIME in the last election). I know of no better teacher than the one that has been my private tutor since the day I was born. Shay Duncan–YOU ROCK!