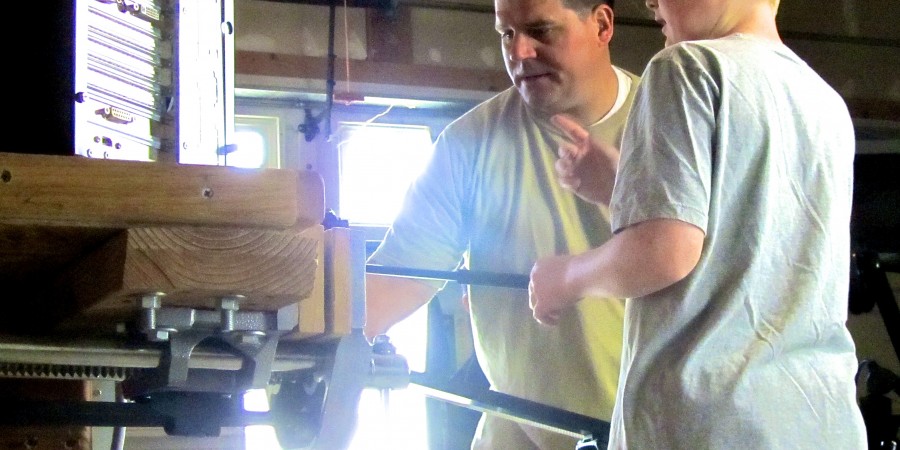 My teaching is inspired when I provide my students like Jared real, important, and engaging project based learning opportunities. Here he is filming electronic waste for a film for our city.
Four years ago as part of a nationally recognized civic education program called Project Citizen (http://new.civiced.org/programs/project-citizen), my students studied the problems associated with improper battery disposal in our community and the public policies related to the issue. Their project was selected out of hundreds to represent the State of California at the National Project Citizen Showcase where it received top honors. But my students wanted to take the project further.
They had already created a four panel poster board and a 300 page documentation binder containing their research, analyses, and policy proposals. Now they wanted to meet with the City of Elk Grove’s Integrated Waste Manager, Cedar Kehoe, to discuss placing battery collection stations at all of the schools in our district. Their proposal was enthusiastically received but ultimately declined based on a lack of state funding. After their meeting, they wrote letters to our state legislators, encouraging them to enact “extended producer responsibility” legislation which would collect a small fee to facilitate the widespread recycling of batteries.
Last year, my students took up the subject again, opting to ask for a single battery collection station at our school. This time, they created an award winning documentary film on the subject (View it at http://www.youtube.com/watch?v=31zCBVKXqJ8). My students were again applauded for their policy proposal but were told such a collection station could pose a safety hazard.
Based on the professionalism of their presentation and their demonstrated filmmaking skills, these 6th grade students were hired by our city to create a film to educate residents on how to properly dispose of all their household hazardous waste at our newly constructed Special Waste Collection Center! The film will be complete June of 2013.
On May 8, 2013 my student filmmakers presented a rough cut of the film they’re making for the city in addition to a rough cut of a documentary film they are making for The World We Want Foundation about this project (See a rough cut of the documentary at http://www.youtube.com/watch?v=m5ZLyCck8j8).
Not only were my students praised by our city council and mayor, they were given the green light to create a series of six more films for the city educating residents about recycling, trash, green waste curbside carts as well as “Hard-to-Recycle” station and “Reuse Room” at our city’s Special Waste Collection Center.
My introduction of a civic education project five years ago started something I could never have imagined: students were inspired to learn new and challenging things so they could transform themselves into public policy experts, engaged citizens, and filmmakers for the purpose of empowerment. Their learning goal wasn’t to earn a letter grade. They wanted to harness the power of film to help create the world they want.