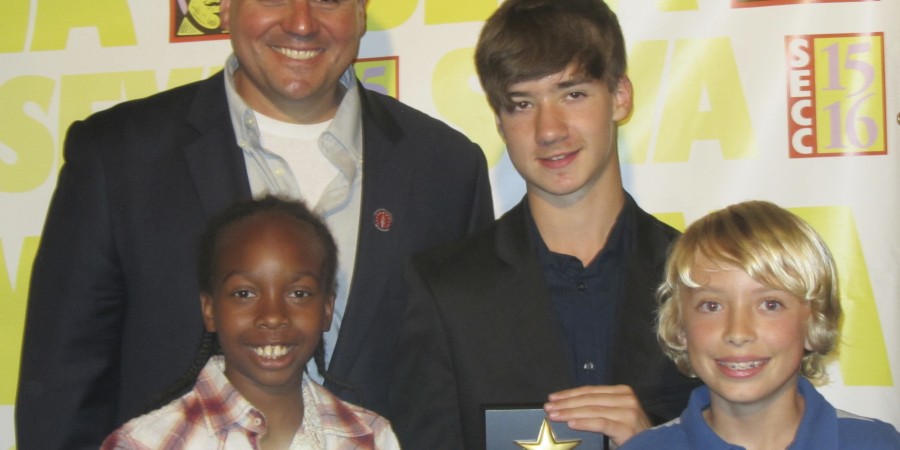 How do you keep the playground peaceful? How do you make history interesting? How do you fight bullying in a positive way?

By harnessing the power of film, my teaching has become inspired, transforming my students into peace makers, historians, role models, and more.

The students pictured above are producers for three different films that received awards at a Northern California film festival. One film sought to teach kids the right way to play foursquare, a popular game, so as to avoid conflicts on the playground. One film showed how the idiom “Mad as a hatter” has an interesting history and that history itself can be a fun adventure. A third film sent an anti-bullying message anyone can understand: “Spread Happiness. Not Rumors.” This final film was just announced as a winner for the California Student Media Festival, a state-wide competition!

Filmmaking is more than using a camera or editing. It’s inspired learning expressed in a visual form. When my teaching is inspired, my students are able to express their voices in ways they never have before.